Entry for One Shot Wednesday 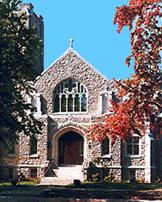 was it only strange to me
to be voting in a church?
maybe more so to people
who still like our church and state separate

I stood in line for my ballot
taking in the colorful Alleluia banners
the children had made
I wondered what they celebrated,
what they praised and gave thanks for as they made them

driving to the polls I was behind a semi on the freeway
on the back a sign with an American flag told me about
our country not giving aid or comfort to "the enemy"
Shock settled in        anger stirred
as if all the people - the citizens - of Afghanistan and Iraq
are our enemies          personally
they're as helpless to their governments
as we are to ours
in the dust next to the sign
someone had written the name Jesus
He would be hurt, I think, to see this
maybe even ashamed       or that's just how I felt
I don't think Jesus believed in enemies
I don't either

letters
behind collapsible plastic privacy
a black felt marker with
No. 2 oval holes
I break out my cheat-sheet
(yep, I wrote it down. just to be sure)
fill in all the right spaces and
a machine - secretly - sucks it away from me
I got a sticker (my favorite part)
I don't know if I've changed anything
or how much of a difference one can make this way
I'm not sure I trust the whole thing
much more than McDonald's Monopoly
but, I suppose, Alleluia
that I have a right to try.
Posted by awitchtrying at 7:28 AM

This blog is a place where I put down the things that are running around in my brain. It's here to help me find clarity and room to grow. I hope you find it interesting!!